While looking at Vendée Globe data, I had the feeling of some patterns to explain why are some skippers laggards and why some others are always in the top positions. I wondered what kind of graph could be used to help confirming or disproving such feeling.

Here are the conditions to meet

I ended up with following results 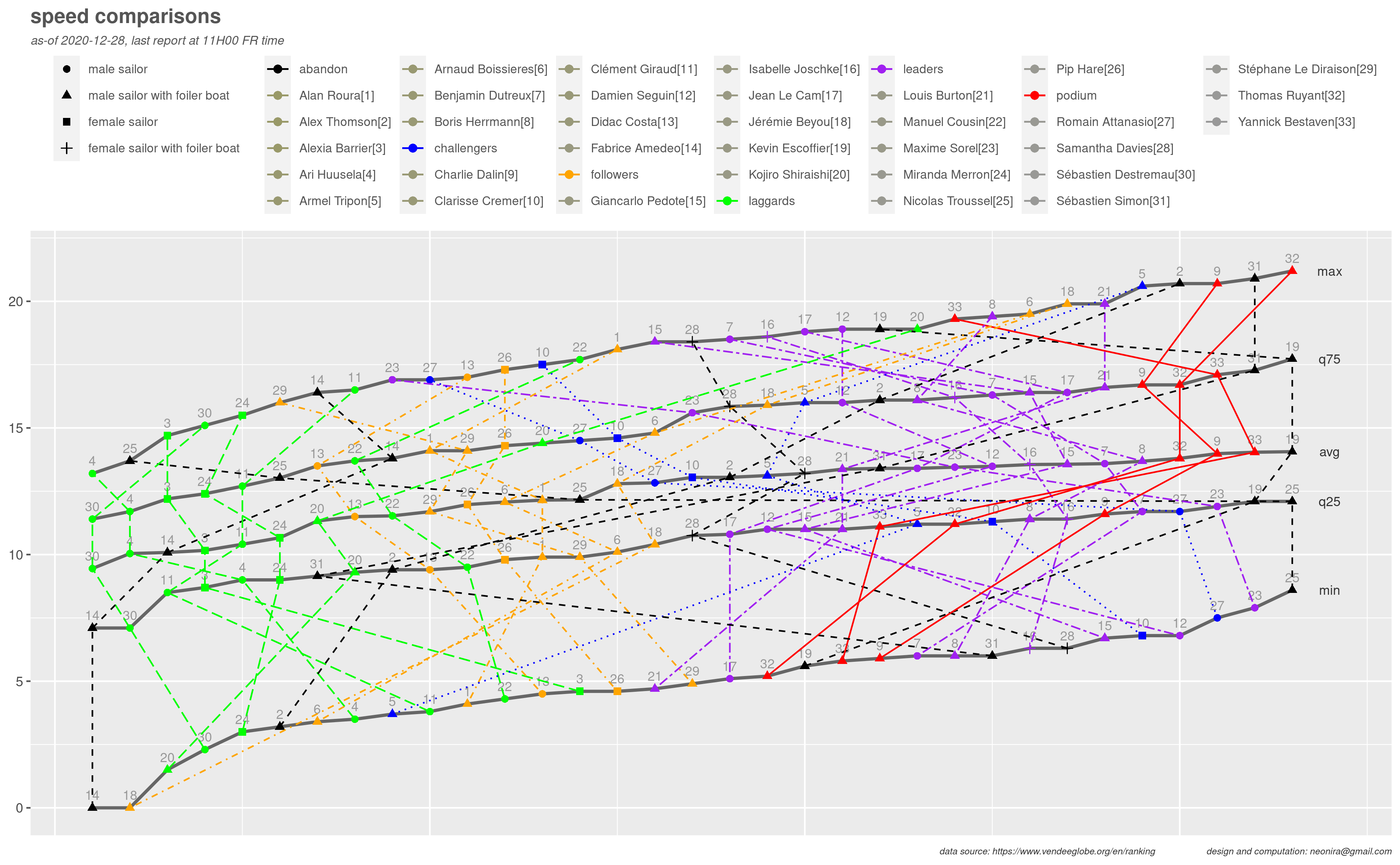 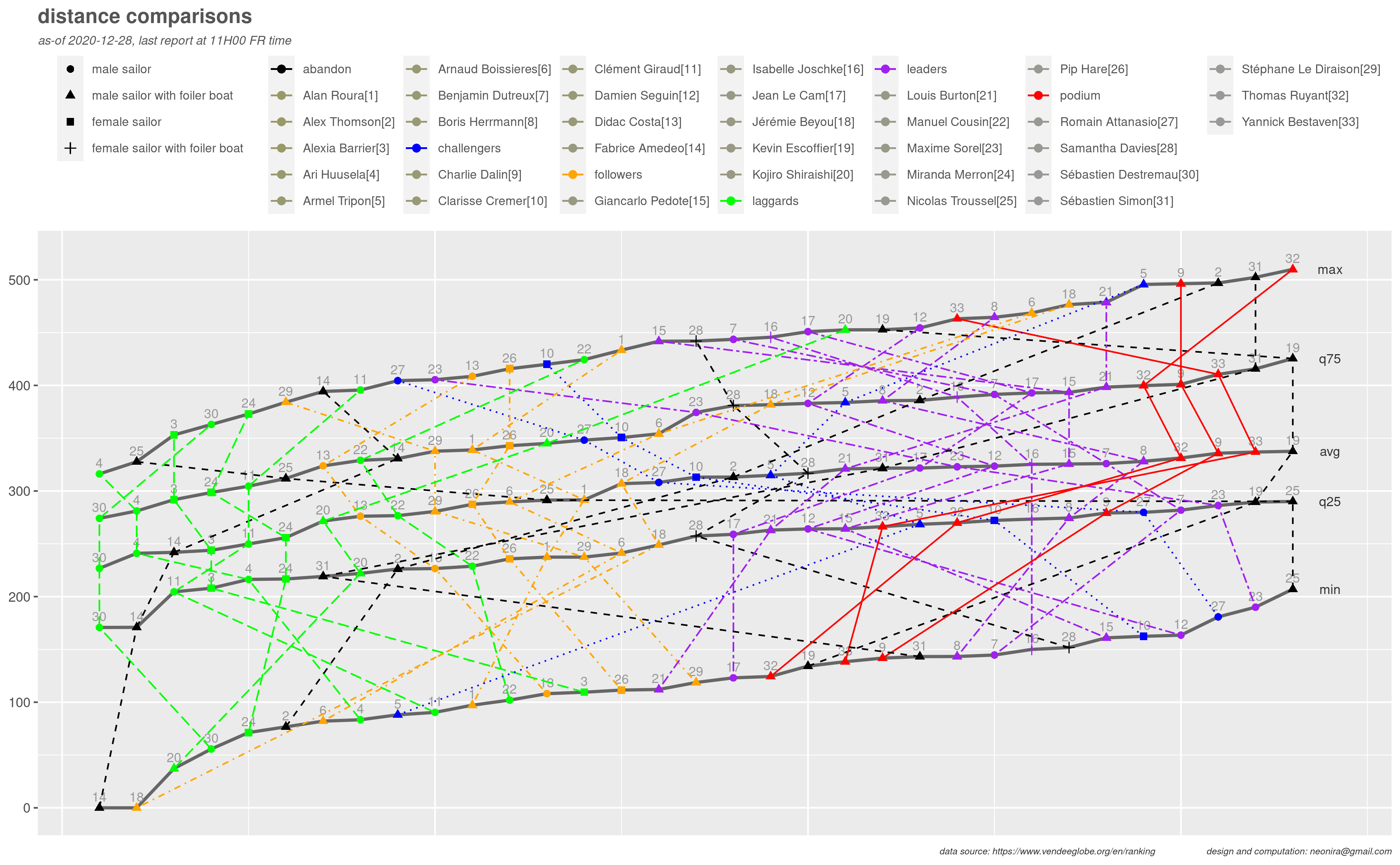 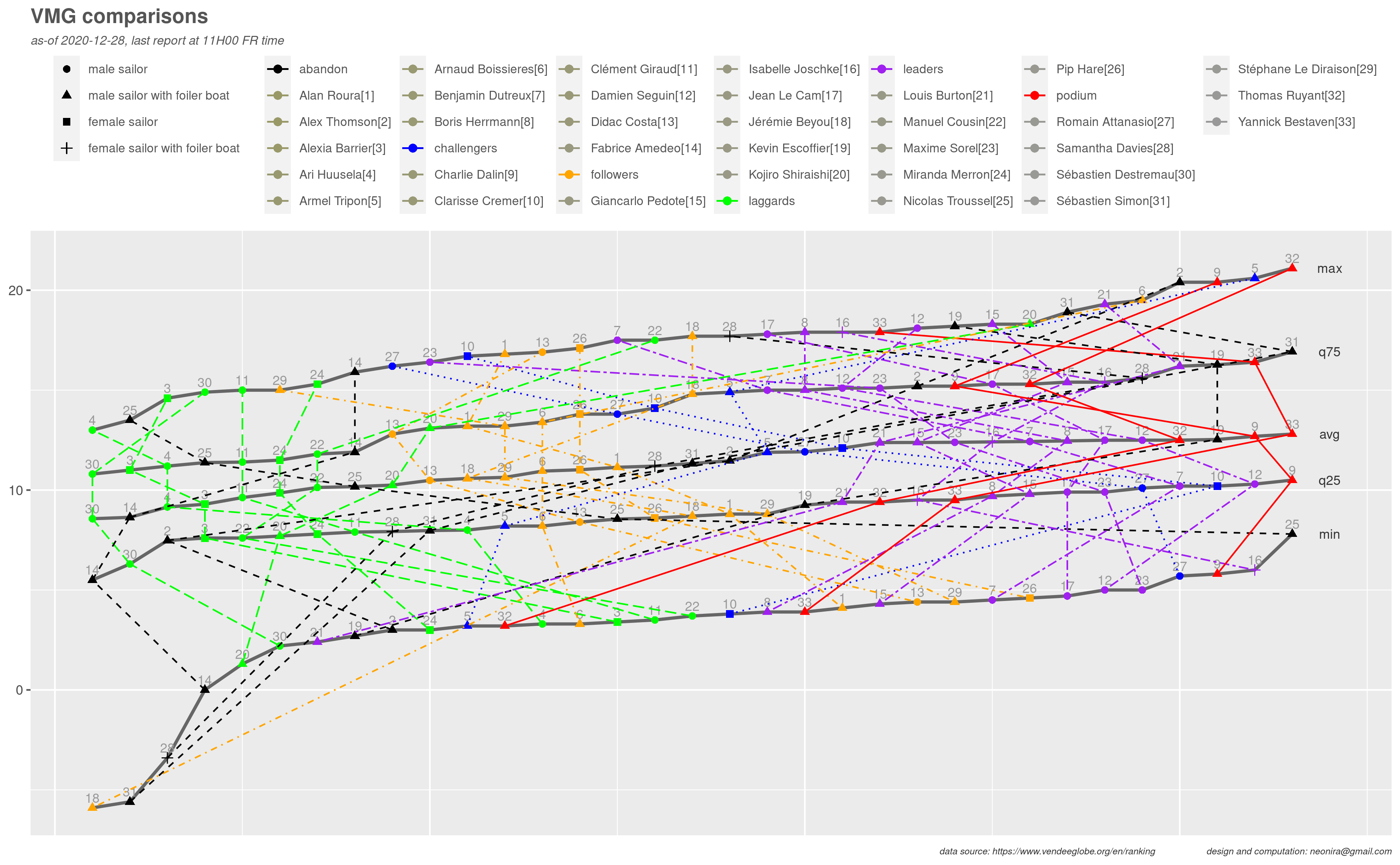 Creating such diagrams is more complex than it appears at first glance. It requires much more data wrangling than expected, and many diagram color manipulations that are rather awkward and unintuitive.

Indeed, I am not fully satisfied of the result as I would have got a separated color legend for sailors and race position groups. I did not succeed in finding a way to do so, although there might be a way. Let me know if you have one. Still wondering why there is no way to tell explicitly ggplot2 the name of the legend to consider. This would be simpler and more convenient!

Some remarkable insights can be taken from those diagrams, and should be crossed verified with a stronger machine learning analysis