This is the last post of a 4 posts serie, dedicated to chessplay and more specifically to the battle of influence on the chessboard.
We are now trying to create a methodical appraoch to improve our chess play.

In cas you missed previous posts, you may read part 1, part 2, and part 3. 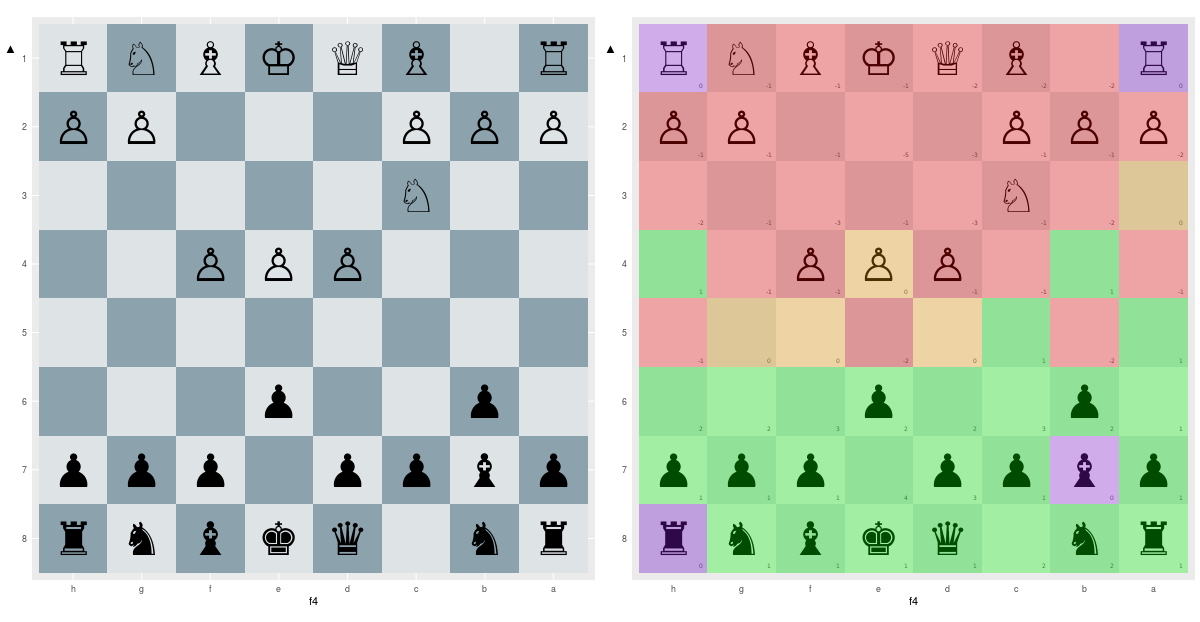 Looking at previous picture, you may know or discover, with a little experience, following facts

These information are just factor to forge your decision. They have to be taken with consideration of the dynamic of the game, of the tactical opportunities, and also, of your ability and preference to play simplified or complexed games.

If we consider previous picture, then we could proceed to a video montage of a whole chess game, and we could see how influence evolves through the entire game. Here is an example, of the game played during TCEC Season 11 - Superfinal, between Stockfish 260318, playing white side, and Houdini 6.03 playing black side.

Let’s create the diagram of influence, for the whole game and see if we could learn something from it. We will compute the number of squarres, as already stated, but using half-move number as the index of a temporal analysis. thus we’ll end up with a temporal diagram that could bring some light about the played game. Here’s the result of a suche analysis, still for this game between those 2 software programs. 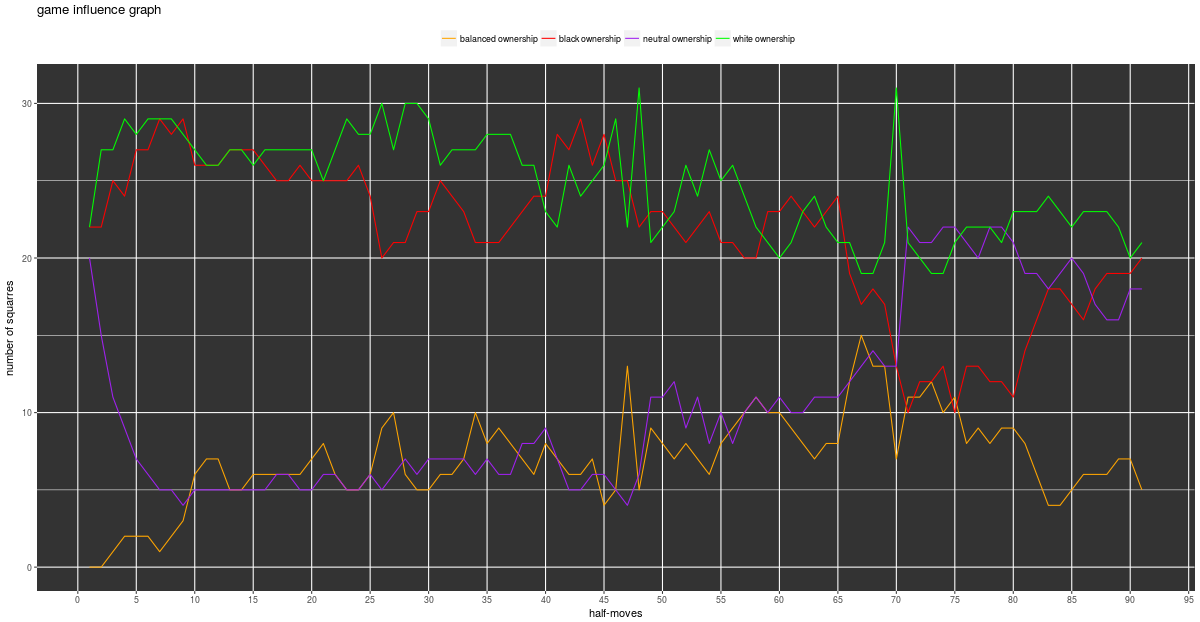 Analyzing such diagram, can be helpful. In particular, here in this game between two super-human chess-playing software, it is quite clear that from half-move 70, Stockfish has a surge in influence domination, while its opponent is simply collapsing on the number of controlled squarres.

Influence analysis can help improve your chess play, and understand better what’s going on on current position. It can also help in understanding more deeply some super software games. Hope you enjoyed this serie of 4 posts. Your comments and feedbacks are welcome. Let me know your opinion about this approach. Is it worth or not, having such analysis tool?