Chess engine championship TCEC season 9, stage 3 terminated on first week of September 2016, and we can not argue without surprise. Stockfish had a powerfull lead, and Houdini, already 3 times winner of this championship, succeeded in qualifying for the final. One looser, Komodo, current champion, faced strong opposition, apparently stronger thant supposed to be qualified.


Before entering Houdini and Komodo, performance analysis, it is worth knowing that I am neither supporting one or the other, neither working for any of them. My goal is to provide and share here some of my analysis and materials to let you forge your own opinion.

Just a context recall, TCEC season 9, stage 3 involved 8 chess engines, each of them had to face 8 times each opponent, thus leading to 224 showdowns beetween chess engines. During this stage, chess engines were granted rights to use same opening books up to a predefined plies depth, and also right to use table positions. You may read full rules documentation through TCEC hyperlink given above.

Which performs the best ? 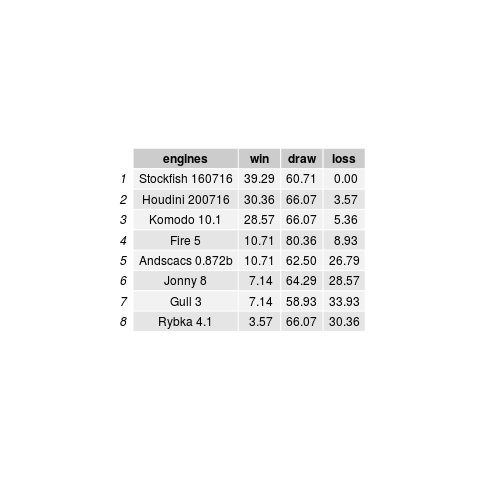 Three groups of chess engines seems to emerge As Houdini and Komodo share the exact same draw performance, ability to win makes the difference. At this game, Houdini has been slightly smarter than Komodo.

Does the playing side make any difference in performance ?

To ease analysis per engine, per side and per opening, I build following diagrams to sense performance difference. Use your Internet browser capabilities to increase image size or display them full size. 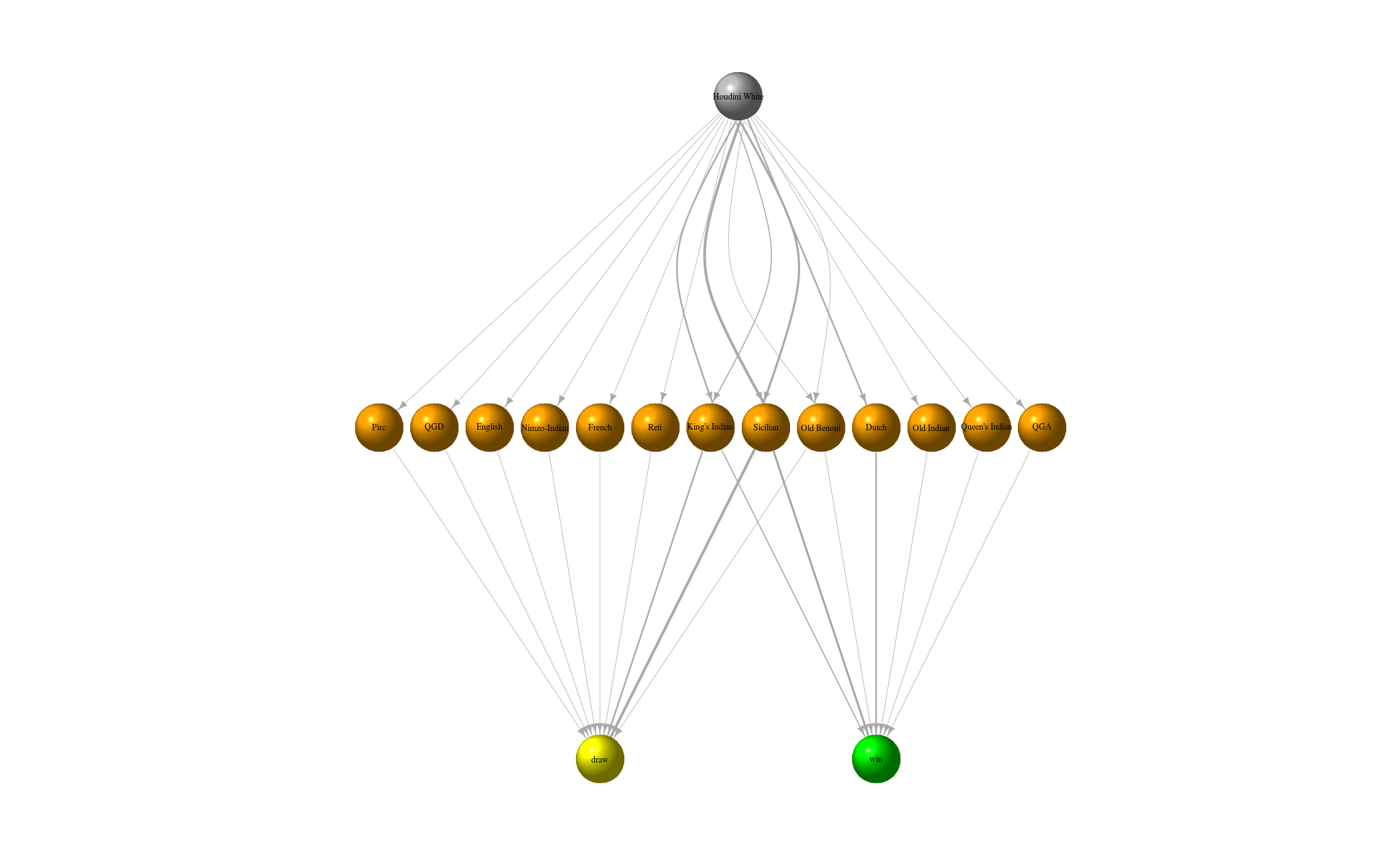 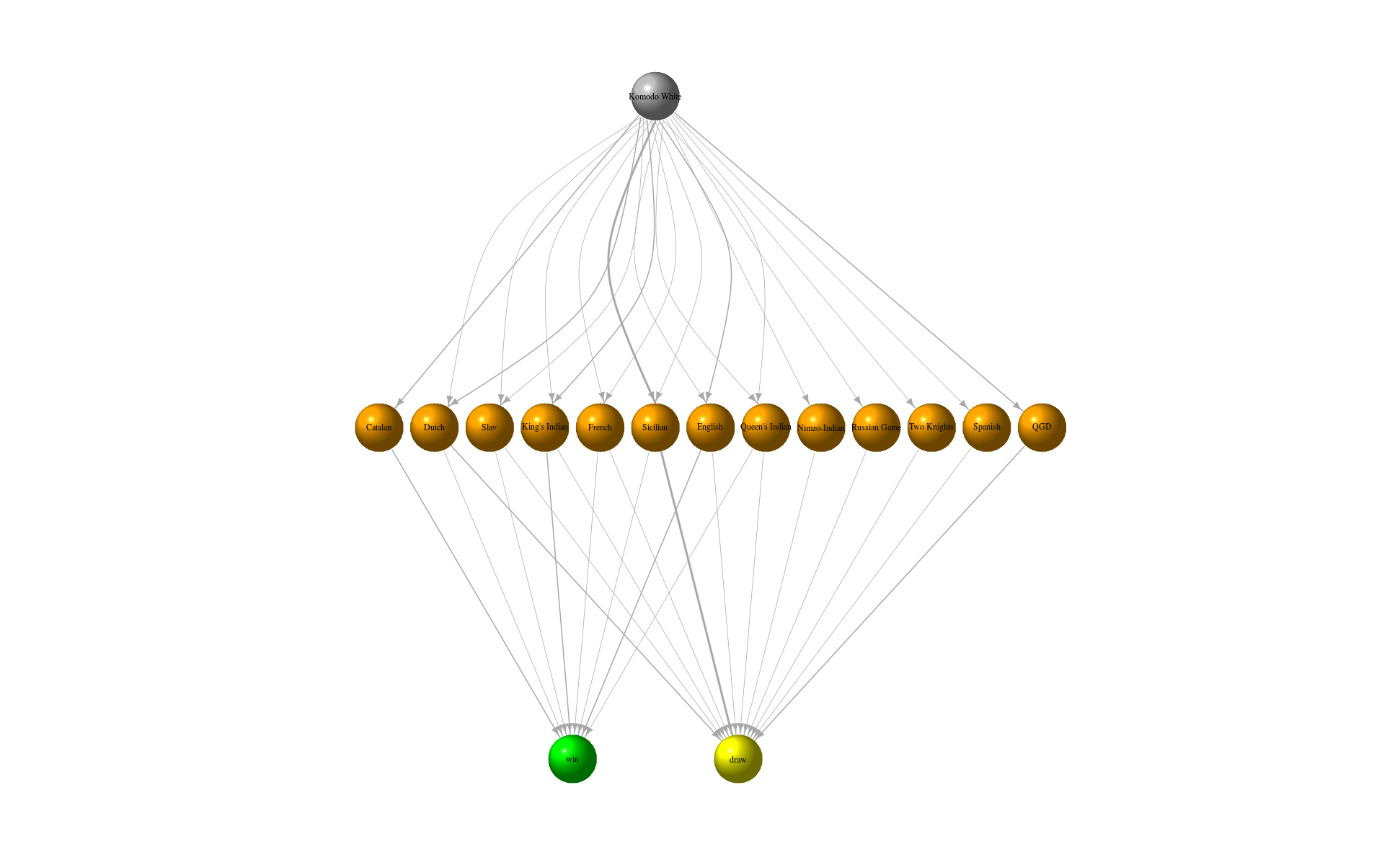 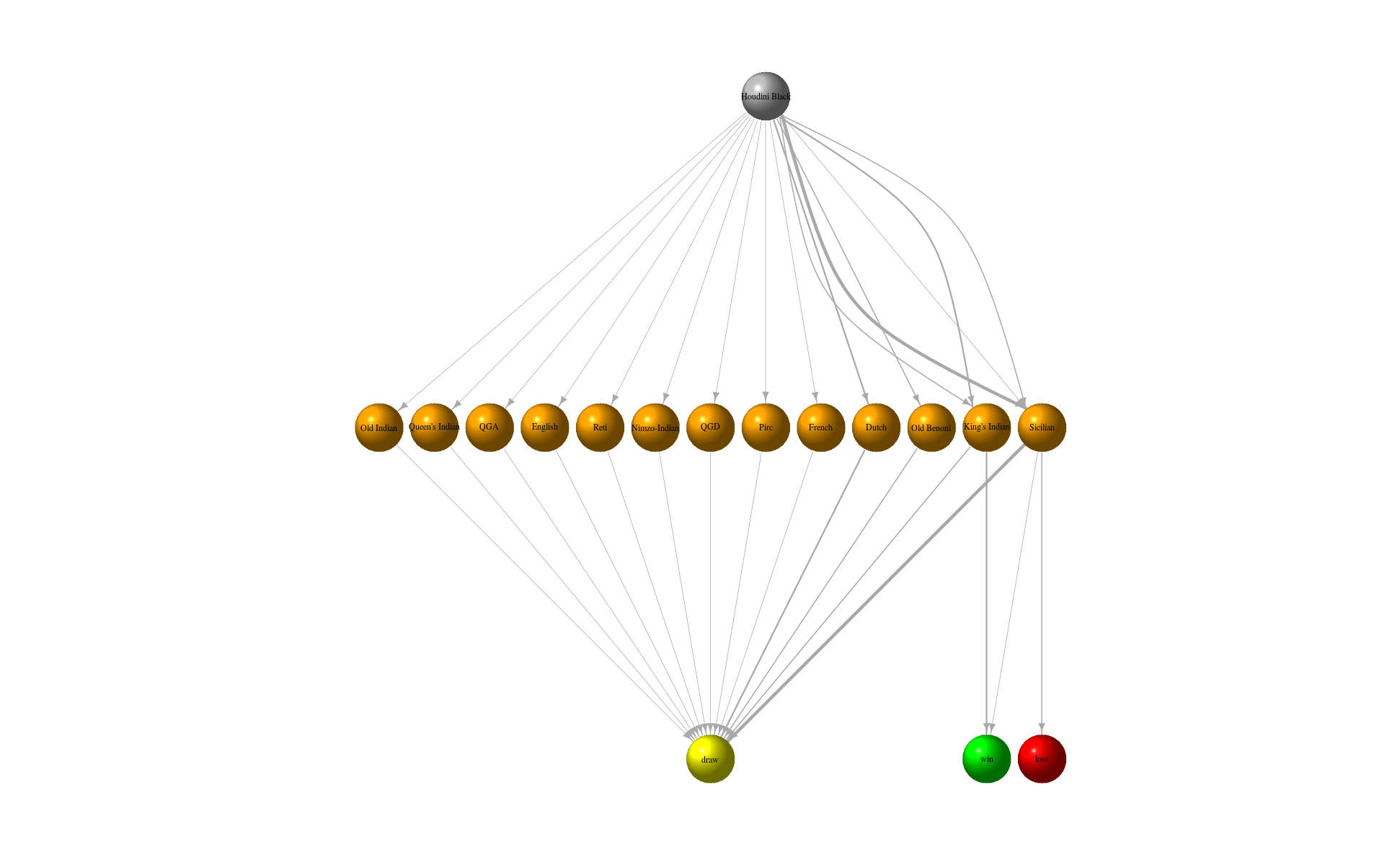 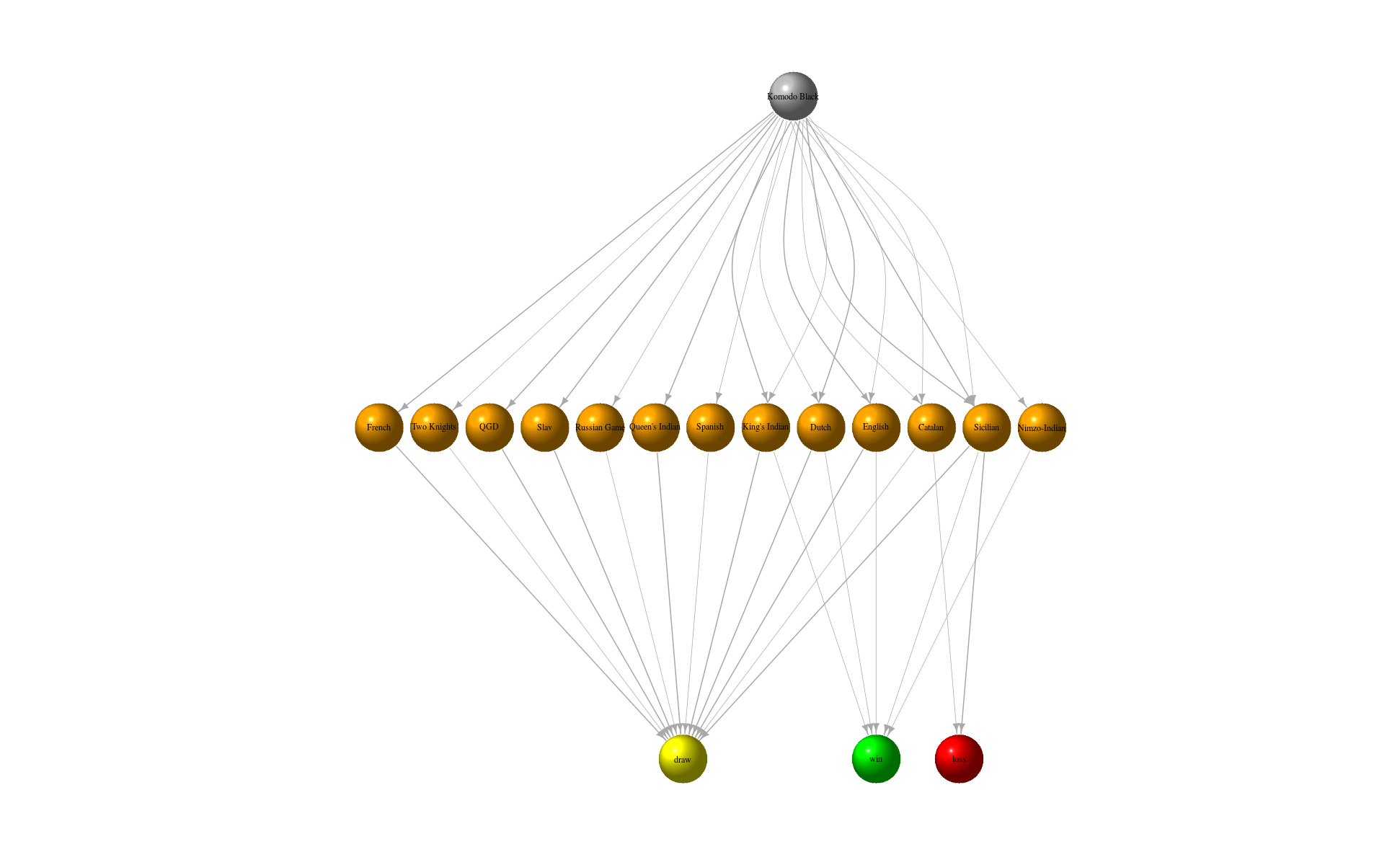 Looking at openings played by Houdini with black, it appears, that its 2 losses where under Sicilian game 56% of points loss far more than current loss registered by this engine during stage 3. Therefore, Houdini opponents, should consider playing Sicilian opening willingly when playing light side.

Images made using many R packages.